Torn ACL, no problem! Our practice specializes in ACL rehab and conservative treatment

Lighthouse Physical Therapy & Sports Medicine is a locally owned private practice in Spokane Valley. The owner, Dr. Ryan Zumwalt, is a native to Spokane and grew up at Lighthouse, literally. Dr. Zumwalt graduated from University Highschool, with success academically but also winning state championship in wrestling. Dr. Zumwalt continued his passion for wrestling throughout college and won a national championship in 2013.

Dr. Zumwalt not only achieved his pre-med degree in Biomedical Science, he also accomplished 4 additional degrees. Dr. Zumwalt graduated at the top of his class from Midwestern, where he achieved his life-long dream of becoming a doctor, ultimately becoming a Doctor of Physical Therapy. After graduation, Dr. Zumwalt went to work for the Seattle Mariners as part of the medical staff.

Dr. Zumwalt’s vision for Lighthouse is to serve the community by promoting injury prevention, holistic wellness, and offering a conservative alternative to the traditional medical model. The traditional model of sustaining an injury, going to physical therapy, and then getting surgery just isn’t cutting it. Dr. Zumwalt, and supporting doctors/staff, work to prevent injury through biomechanical assessment and treatments using state of the art technology. 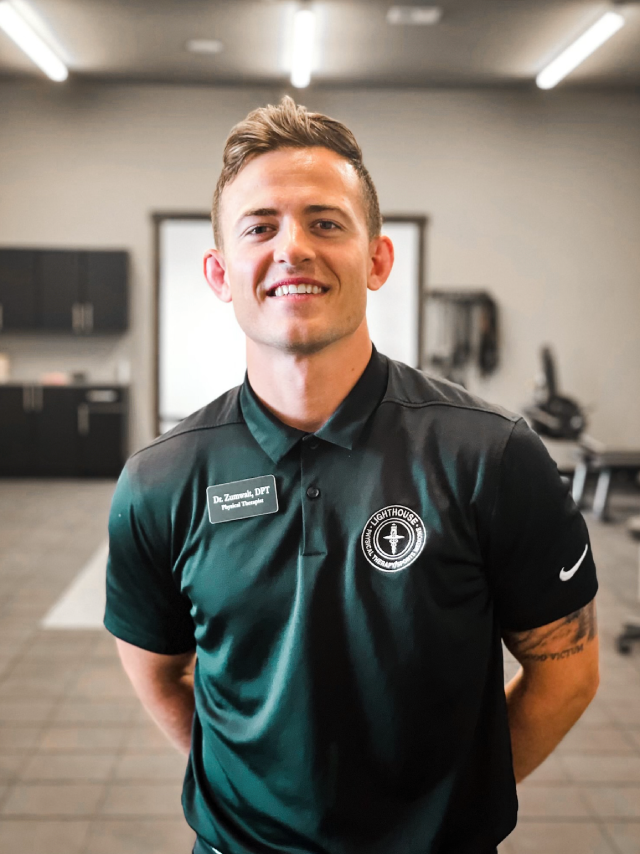 Use our interactive stick figure to click on the highlighted body part that you want to learn more about.

Dr. Zumwalt successfully treated my neck and shoulder issues where chiropractic care had failed. He quickly and accurately assessed my medical situation, and put me on a treatment plan that has brought my pain level down from an 8 out of 10 to just a 1 or zero most days! I can’t recommend him enough! I would give this business 6 stars ⭐️ if Google let me.

This is THE place to go for your physical therapy needs. The entire staff is so pleasant to work with, and the whole place is run on time, like a Swiss watch! Don’t go anywhere else!

This is the best physical therapy team in town! I had major knee surgery around a year ago, and I was able to get back to playing baseball in time for my senior season. Dr. Zumwalt is one of the best, if not the best, in the business. He was very personable and extremely easy to talk to about my injury and my life in general. This staff cares about all of their clients. The new facility on Appleway is nothing short of incredible. Thanks for the incredible and easy rehab process!

The best PT facility I’ve ever been to. I have worked with all the doctors and they listen, push me, and encourage along the way. I recently had hip surgery and they work me hard when needed and rehab when I’m feeling more fatigued or sore. I highly recommend checking them out.

I’ve been going to Sam for massage therapy and she’s the best! So knowledgeable and you can tell that she really cares for her patients. Could not recommend Sam and lighthouse physical therapy enough!

Back to our Homepage 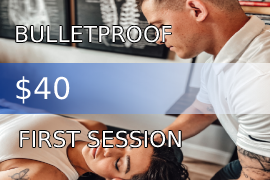